← Back to All Posts

(Pickerington, Ohio) – Pickerington Heating & Cooling has earned the service industry’s coveted 2016 Angie’s List Super Service Award for the Columbus area, an honor awarded annually to only about five percent of all the companies rated on Angie’s List.

2016 is the fifth year in a row that we have earned the award.

Pickerington Heating & Cooling maintains an average grade of “A” from the many customers who posted reviews of their service. An “A” rating is the highest available grade for the contractor categories on Angie’s List.

Angie’s List Super Service Award 2016 winners must meet strict eligibility requirements, which include an “A” rating in overall grade, recent grade, and review period grade; the company must be in good standing with Angie’s List, have a fully complete profile, pass a background check and abide by Angie’s List operational guidelines. 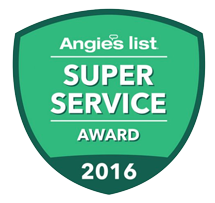 Pickerington Heating & Cooling is recipient of the 2016 Super Service Award for the Columbus area from Angie’s List for the fifth year in a row.

Angie’s List is a member-driven consumer referral company that allows members to review businesses, then post those unsolicited reviews online for other members to read. Each year, Angie’s List presents its Super Service Award to companies that have maintained a superior rating.

Why would anyone go to the trouble of leaving a review?

Don’t most people only leave reviews when they are dissatisfied with a service?

“It reflects well upon how we like to provide service, to go that extra mile to solve problems for our customers,” said Howard “Kip” Morris, Jr., general manager for the family-owned and -operated heating contractor. “We’ve been in business for more than 45 years, and I don’t think you hang around that long without making a lot of people happy.” The service award from Angie’s list is just a concrete expression of the level of their customers’ satisfaction, he said.

“We’re so happy that our customers would go to the trouble of posting their reviews,” he added. “It’s truly the purest form of consumer guide and referrals” to find the best service contactors.

Pickerington Heating & Cooling’s  philosophy is simple: we sell, install, service and maintain the highest quality heating and cooling systems, at the best price, with the most efficient installation and the highest level of customer service. We limit our service to the Columbus area to provide superior on-time service to our customers.

About the Super Service Award

The Super Service Award is the highest honor given annually to companies by the member-driven consumer service company, and it goes only to those who have achieved and maintained a superior service rating on Angie’s List throughout the past year. Super Service Award winners are preferred among their members because less than five percent of companies on Angie’s List meet the eligibility requirements of a superior service rating.

Super Service award eligibility is based on the size of the city and how long Angie’s List has been there. Angie’s List must be established in a city for at least one year, prior to any company being considered for the Angie’s List Super Service Award. They look to preserve the value and integrity of this award program in order to give businesses the prestige they earn as an industry leader.

Obtain a minimum number of reviews (varies by market) in each eligible category during the review period, November 1 of the previous year through October 31 of the current year.
Maintain an “A” Rating in each of the following areas:
Overall Grade, which averages all reviews received (3.5 GPA)
Recent Grade, which averages reviews from the last three years (3.5 GPA)
Review Period Grade, which averages reviews received since the previous November 1st to October 31st (GPA varies)
Must be in good standing with Angie’s List
For more information, contact Kip Morris, Pickerington Heating & Cooling, (614) 837-4026 or via email kip@pickheat.flywheelsites.com 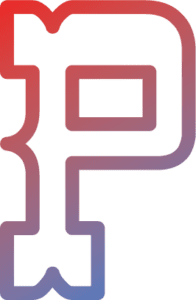