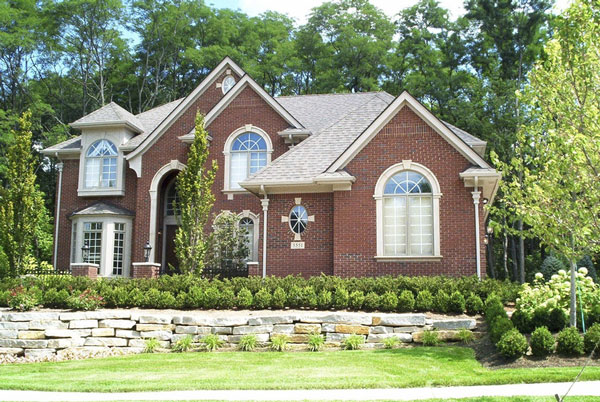 Are you a Blacklick, OH resident or homeowner looking for a reputable, local HVAC contractor with affordable rates to get the most “bang for your buck?” Chances are you landed on us at Pickerington Heating & Cooling. We are proud to offer the people of Blacklick quality Heating, Cooling, and Indoor Air Quality products and services at affordable prices with online deals quick and easy financing options. We’ve been in this industry for over 45 years and in that time we’ve earned the trust and praise of countless central Ohio area residents and established a reputation as a distinguished family company built on values. Schedule quality services for your furnace, air conditioner, heat pump, humidifier, duct system, and much more today!

Getting to Know Blacklick, OH

Located in southern Jefferson Township, Blacklick is a community in the Columbus Metropolitan area, in Franklin County. Historic records indicate it was founded in 1852 by William A. Smith. Originally, however, the community was called ‘Smithville.’ Nevertheless, because there was another town with that same name in Ohio, it was later given the name of “Black Lick,” as two words, because of the creek nearby with the same name, which comes from the Big Walnut Creek.

For a while, historian W. Edson Richmond incorrectly believed that Black Lick Creek derived its name from a local landowner named H. G. Black. Subsequently, however, Richmond learned Henry George Black wasn’t born until 1817. Moreover, an old map they found showed that the river had that name as early as 1806.

In its earliest days, Blacklick was established as a stop along the railroad line. As the community became a more popular destination, it grew into the community it is today.

So if you’re a Blacklick homeowner with a heating or cooling problem, asking Alexa or Google questions like “why is my AC blowing warm air?” or “why is my heat pump not turning on?” or “why isn’t my furnace working properly?” or “what’s wrong with my HVAC system?” or “who’s the best HVAC contractor near me?” or any other questions related to an HVAC system, we would be more than happy to come to your home promptly and get you back to breathing easy in superior comfort with peace of mind.

Five Star Heating & Cooling Group Rated 4.9 out of 5 stars based on 62 customer reviews

Mike B was the sales/tech to come out and check the furnace out, he explained everything I already knew what was wrong. But him explaining it in a way to make you understand was really great. I didn’t feel like he was trying to SALE me the furnace, but being honest. He wanted to see if he could fix it before he even offered the option of replacement. We had it installed the next day, Toby and his crew came in and got it done in 2 hours. Cleaned up, Installed new thermostat and then went on their way. This company is A+ in my opinion, I had 6 quotes and they knocked it out the park with price and install.

I just wanted to express how compassionate and understanding our service person, Adam was today. I have had some problems with my A/C unit, Adam did a through job in looking over the unit, did what he could to fix it and exculated a bigger problem (that fell under warranty) to get me scheduled to have these parts replaced.

The service tech that came out was just wonderful. He was very nice and kind and probably one of the nicest most professional service people ever at m

I have used 5 star for several years now. Maintenance, emergencies and a new HVAC. Always received great service. Noah is one of the best out there with his skillset. I won't consider going anywhere else.

I am so happy right with this company. First, I was distraught because I am a first time home owner living in a house that we built less than three years ago and we are already having issues with our furnace. Unfortunately, since I did not know who to call my first call went to Atlas Butler. They came out and spent a very long time trying to figure out the problem only to present me with multiple choices that were all going to cost me a minimum of $900..with Christmas a week away that made my stomach drop. Not only that but the technician himself was insulting in the way he spoke to me. After a cold night, the next morning I called Pickerington heating and cooling. Everyone in the office that I spoke to was incredibly nice and caring and got me all the information that I needed to make an informed decision. And even though they were not able to tell me the cost of labor over the phone they were kind enough to waive the fee to initially come out in order for me to not lose any more money to compare cost between Atlas Butler and Pickerington heating and cooling regarding labor. Then my technician showed up early on in the window of time they said he would show up. Mike was so friendly and very kind. He checked out the situation and confirmed what the issue was and immediately called and got the part that was needed and said he could be back later the same day to install it. In no time I already got a call from the company saying that they had ordered it and set up a time for Mike to come back out and take care of it. I’m currently waiting for Mike to return, but I already trust him and feel like everyone has done the right thing and they have high standards for themselves to make sure they take care of their customers. I’m already saving around $600 going with Pickerington vs Butler. This means so much to me and I’m sure I will be a lifetime customer.

The technician was very cordial and efficiently performed the work needed. He was very knowledgeable and provided honest recommendations, with no high-pressure sales, and all for the right price.

My experience was great. Tech was very professional, courteous and knowledgeable. I was very satisfied with his work and the short time it took him to diagnose and fix the problem with my A.C. I will definitely continue using PIckerington Heating and Cooling for all my future needs

Thank you for prompt service and repair in our Air conditioner.

Great Service for a good price! 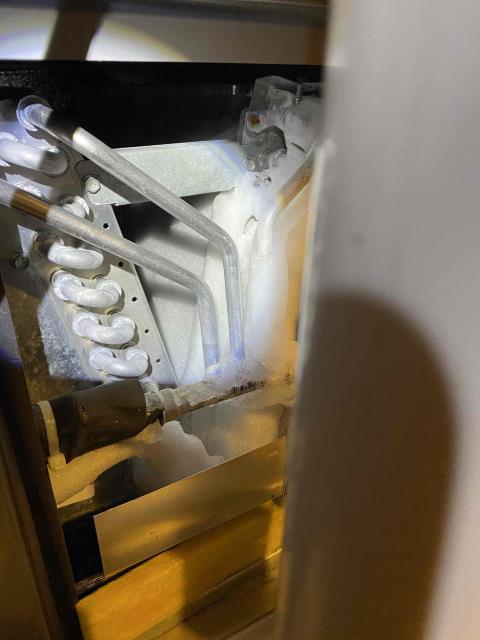 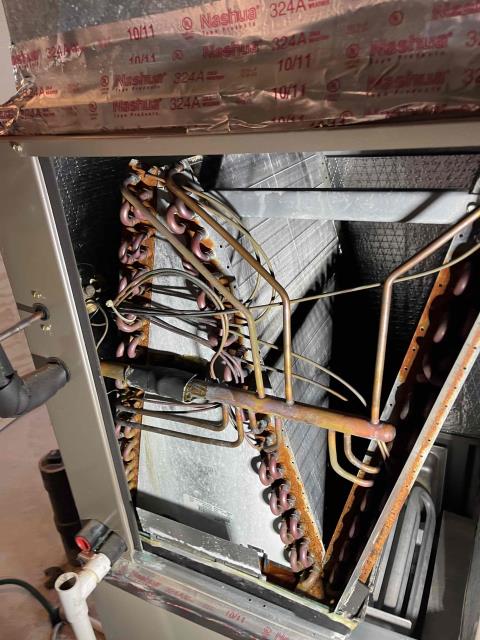 A/C Diagnostic. Customer stated his ac froze yesterday and has been off since. Tech verified coil is not frozen. Filter is new. Tech cleaned the condenser coil. System pressures are proper at this time. Tech suggested check filter every 2 weeks. Change as needed. System cooling on departure. 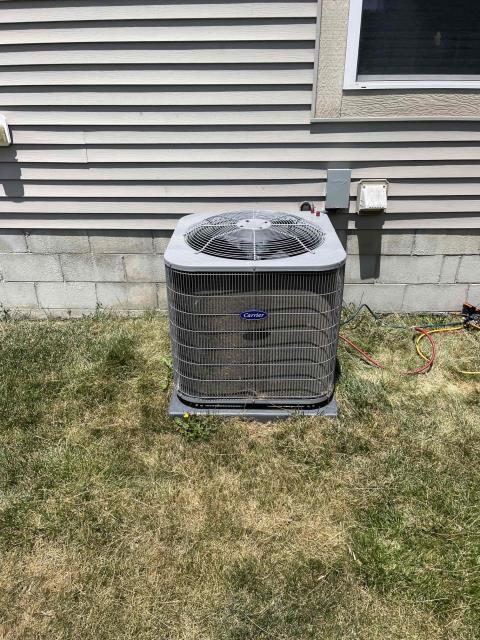 I completed a diagnostic on an A/C. I inspected the unit and found a stuck TXV causing improper refrigerant metering. I recommend that due to the age, condition and cost of repairs (seen and unseen) that the unit be replaced. New install scheduled for later this week.

I completed a diagnostic on a York A/C. I inspected the system and found water on the basement floor. I found the filter dirty. I went outside and found a dirty condenser coil and a low charge. Customer opted to have the condenser clean and charge system. The system is now operational.

I inspected a Bryant A/C. I inspected the system and found the filter needs to be replaced soon. The capacitor failed and outdoor unit is dirty. I replaced the capacitor and cycled the system. I then cleaned the outdoor coil. System operating normally at this time.

I completed a diagnostic on a Lennox A/C. I inspected the unit and found the fan motor failed. The capacitor is also out of specs. I went over the repair and replacement options. Customer declined repair for now. 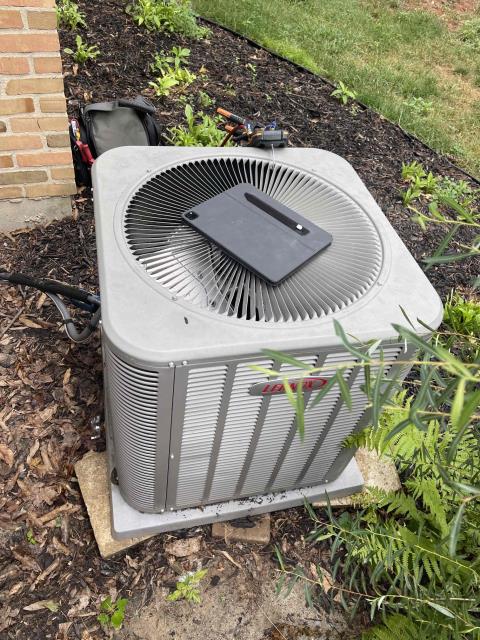