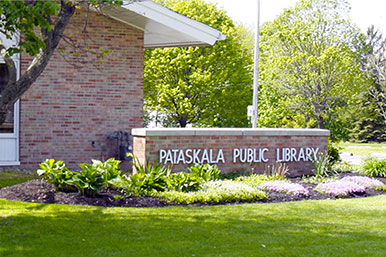 Are you a Pataskala, OH resident or homeowner looking for a reputable, local HVAC contractor with affordable rates to get the most “bang for your buck?” Chances are you landed on us at Pickerington Heating & Cooling. We are proud to offer the people of Pataskala quality Heating, Cooling, and Indoor Air Quality products and services at affordable prices with online deals quick and easy financing options. We’ve been in this industry for over 45 years and in that time we’ve earned the trust and praise of countless central Ohio area residents and established a reputation as a distinguished family company built on values. Schedule quality services for your furnace, air conditioner, heat pump, humidifier, duct system, and much more today!

Getting to Know Pataskala, OH

Located about 19 miles east of Columbus, Pataskala is a city in Licking County, Ohio, with a population of about 14,962, according to the latest U.S. census. Until 1996, Pataskala was a small community until it merged with Lima Township. This drastically increased its geographic area and population.
In 1851, Pataskala was laid out after the railroad was extended to that land.

It’s name comes from the Delaware language meaning “licking river.” They’ve had a post office in operation there since 1852. With an area of nearly 30 square miles, Pataskala is located along the South Fork of the Licking River in southwestern Licking County. It is home to two school districts, Licking Heights Local and Southwest Licking Local Schools.
In addition to local food, shops, a community swimming pool, and a golf course, Pataskala has a variety of things to do and see including the Sterling Theatre run by the town hall and the Mead-Needham Museum run by the historical society.

So if you’re a Pataskala homeowner with a heating or cooling problem, asking Alexa or Google questions like “why is my AC blowing warm air?” or “why is my heat pump not turning on?” or “why isn’t my furnace working properly?” or “what’s wrong with my HVAC system?” or “who’s the best HVAC contractor near me?” or any other questions related to an HVAC system, we would be more than happy to come to your home promptly and get you back to breathing easy in superior comfort with peace of mind.

Five Star Heating & Cooling Group Rated 5.0 out of 5 stars based on 88 customer reviews

Always easy to have our equipment services in the spring and fall.

Adam was very patient and polite. Our two noisy dogs didn't faze him a bit. He did a thorough job and I am happy with the service call.

Shane was our tech. He was thorough and honest. He explained it all to me (the wife) answering my questions. Plus the he didn’t try to sell me needless stuff. Because of the service Shane provided I will have Pickerington heat do my future air conditioner replacement work.

Scott Grady arrived on time and was very professional. He provided clear explanation of what he was doing during the diagnostic process and when explaining his findings.

I have always had great service and this time was no different.